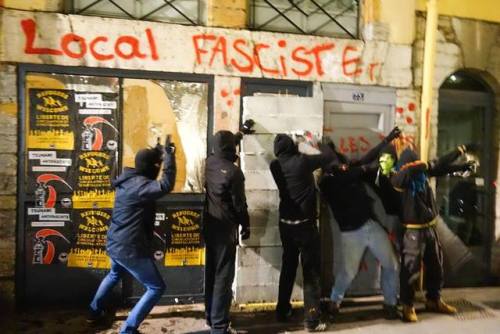 If there’s one thing bigots like, it’s a wall.  A great big barrier separating people.  Because nothing solves problems like separating people, right?  But it turns out that sometimes antifascists like walls too.  For example, the wall that Lyon antifascistes built overnight in the doorway of a Social Bastion fascist clubhouse in their city.

We’re not even joking.  A small band of antifascistes + some cinder blocks + some mortar and the fash bricks-and-mortar site was shut the fuck down.  Now unfortunately le flic seem to believe that there’s some sort of law against renovations to improve le quartier like that, and some Lyon antifascistes are up on charges as a result.  To make matters worse, the cops seized every single piece of literature or fund-raising materials they could get their hands on.  Both of these actions leave Groupe antifascistes Lyon et Environs in a tight spot.  They’ve set up a crowdfunder to help raise the money needed to cover the replacement costs of the seized materials + to defend the accused antifa and The International Anti-Fascist Defence Fund was proud to make a contribution to it.

If you’d like to help out the geniuses behind what will likely be the Antifa Action of the Year, please make a donation to their crowdfunder.  If you’d like The IAFDF to be ready the next time antifascistes anywhere get creative, make a contribution to it today!  Meanwhile, let’s enjoy another photo of our friends’ handiwork, shall we? 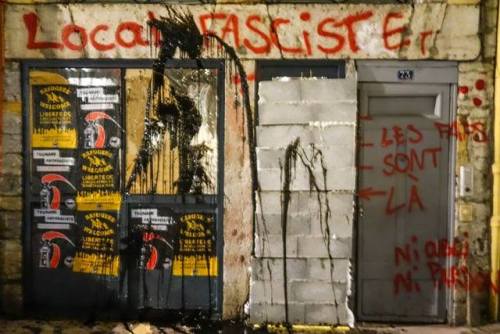 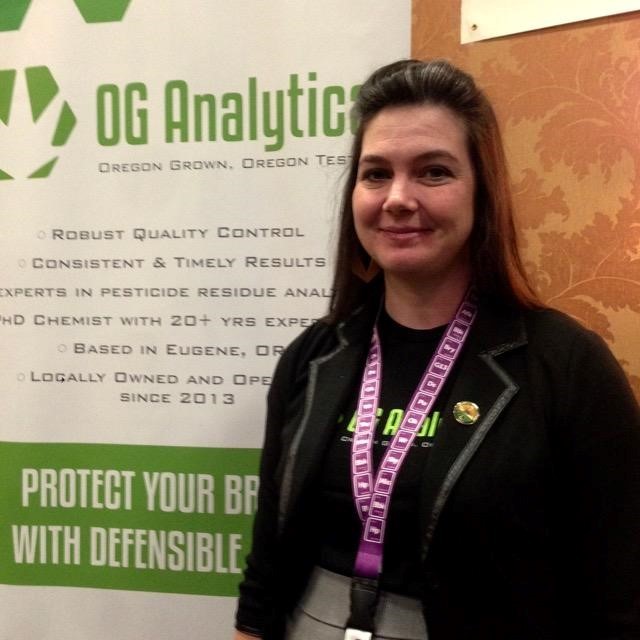 Stop us when this starts sounding like a script for a Cheech & Chong reboot: using  server logs from the Discord chat app they came across, antifascists were able to confirm the identities of several Pacific North West neo-nazis, including one Bethany Sherman.  When they made this information public, Ms. Sherman initially claimed she was being attacked for “having white pride,” but didn’t deny anything.

Then it also came out that Sherman was the owner of OG Analytical – a Eugene, Oregon firm devoted to testing the potency of cannabis.  Apparently, pot users do not like nazis very much and these revelations may have impacted on OG Analytical’s business.

In retaliation, Sherman hired noted white supremacist lawyer William Daniel Johnson to file a civil defamation suit against the former ISP for Eugene Antifa in an attempt to force them to identify members of that particular antifascist crew.

The suit is still before the court, but according to this account of the first day of the hearing, things are not going well for Sherman.  It’s never a good sign when your lawyer won’t appear in court with you and sends another (lawyer?) to represent you over the phone!  Worse still for Sherman is the fact that the good guys have retained competent legal counsel in the form of lawyers from The Civil Liberties Defense Center and The First Amendment Project , who swiftly invoked the defendants’ First Amendment rights and pointed out conflicting statements made by Sherman to the court.

While this is all good, the fact remains that the legal counsel retained by our side needs to have its bills paid, so after receiving their request, The International Anti-Fascist Defence Fund made a large-ish contribution to the CLDC, earmarking it to pay for the Eugene antifascists’ legal bills.

If you’d like to help make sure Eugene Antifa isn’t out-of-pocket because they had to defend themselves against a vexatious and frivolous lawsuit conjured up by the Weed Nazi, you can donate to their crowdfunder here.  If you’d like to make sure that the Defence Fund is in a position to help shut down future frivolous and vexatious civil actions against antifascists, you can make a donation right here. 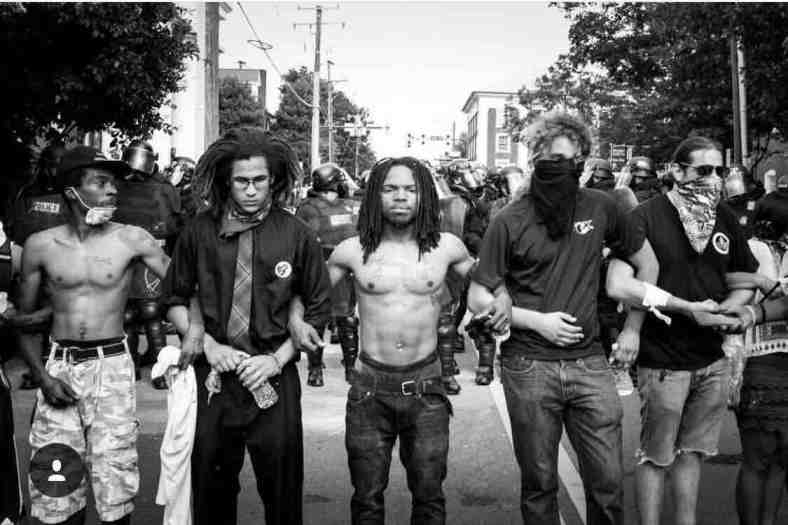 We’re sure you all remember James Alex Fields Jr., the dead-eyed white supremacist that murdered Heather Heyer and injured 19 others in a terrorist attack in Charlottesville on August 12, 2017.  You probably haven’t heard too much about him since his cowardly attack on unarmed anti-fascists because he’s been locked up since then, awaiting trial.

But don’t worry – Fields isn’t unreachable!  He allegedly found that out for himself recently when he allegedly ran into Tim “Sauce” Jones in jail.  Tim has literally stood up to racist bigots like James in Charlottesville in the past.  Tim was also friends with Heather and was with her on the day that Fields murdered her and injured 19 others.  So imagine the scene when Tim (who is currently awaiting trial on some bullshit charges unrelated to anything of note) ran into Fields and let him know very plainly who he was, who Heather was to him, and what he thought of Fields!  Oh, to be a fly on the prison wall that day!

As a result of all of this, Tim’s friends on the outside have started a crowdfunder to help him deal with the assault charges filed against him by this nazi terrorist/prison snitch.  The International Anti-Fascist Defence Fund was super-happy to step up and kick in to that fund, to make sure Tim has the best legal defence team possible.  We bet you’d like to contribute, too.

The Defence Fund is able to help out true antifa like Tim that are ready to step up and do what needs doing only because of donations from thousands of individuals around the world.  If you aren’t already one of those individuals, now is the time to become one.