The International Anti-Fascist Defence Fund began five years ago, a year after we started the Antifa International social media collective.  As we did our thing on social media, we noticed more and more that antifascists were winding up in emergency situations because of their work fighting hatred and bigotry and would then have to rely on themselves and their friends scrambling to come up with the resources required to help them out of those situations.  We thought that, with our increasing connections to antifascists the world over, we could do better.  We thought that setting up a standing fund to defend and support antifascists in times of crisis would be an excellent way to demonstrate real solidarity.  So we established The International Anti-Fascist Defence Fund and set to work raising money for it and reaching out to antifascists internationally.

About a month later we made our first contribution, which went to the legal defence of Valentin – an antifascist and SV Werder Bremen supporter  arrested after he defended himself and others from an attack by neo-nazis after a football match in Bremen, Germany.  After a few weeks of fundraising, we were proud to be able to contribute a whopping €45 (about $49USD).

Five years on, we’ve donated over €76,000 ($83,000USD) to help out more than 500 antifascists in 22 different countries!  Every decision we make is reached democratically by the Defence Fund’s Decisions Crew – a body of 863 antifascists (and counting!) from around the world.  Every time we provide support to an antifascist, we blog about it, so our decisions are as transparent as possible.

Some of the anti-fascists we helped support during times of crisis over the last twelve months.

Over the last 12 months, The International Anti-Fascist Defence Fund came to the rescue of anti-fascists confronted with difficult & potentially life-altering or deadly circumstances 25 times – a 47% increase over 2018-2019.  Here is an overview for you: 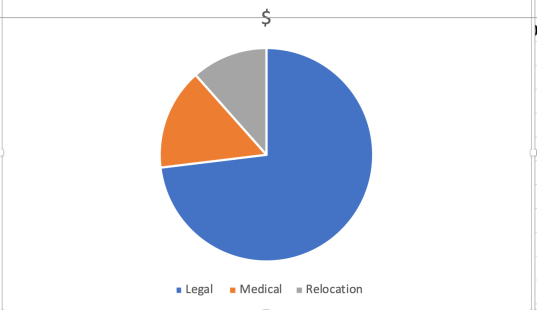 The kinds of emergencies we helped anti-fascists contend with over the last 12 months.

All of this has been accomplished with the collaboration and cooperation of literally thousands of anti-fascists around the world.  Donald Trump’s early birthday present yesterday tells us that the fight is far from over and the struggle isn’t about to get any easier.  La lucha continua and we look forward to seeing all of you standing with us, side-by-side.  If you haven’t made a contribution to the Defence Fund or signed up to become a monthly contributor, it is more important than ever before for you to do so now.  Here’s where to do that!