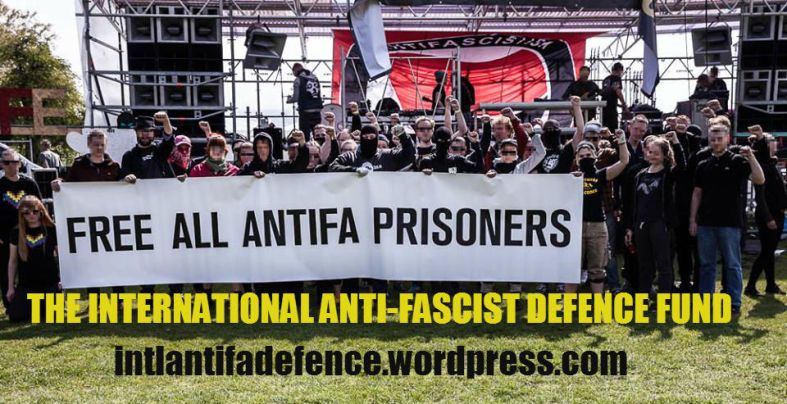 In June 2015, the Antifa International collective launched The International Anti-Fascist Defence Fund.  We saw a need for a standing fund that could be used to provide immediate support to anti-fascists and anti-racists anywhere in the world, whenever they found themselves in a difficult situation as a result of their stand against hate.

Modelled on the defence fund run by the Anti-Racist Action Network in the late 1990s/early 2000s, The International Anti-Fascist Defence Fund accepts proposals for support from anyone (by contacting Antifa International, usually via email, or tumblr).

Decisions about proposals for support are made by a crew of individuals and groups who have made donations in excess of $20U.S./€20/£15.  Those decisions are arrived at by consensus whenever possible and by a simple majority vote in situations where consensus is not forthcoming.

Contributing to The International Anti-Fascist Defence Fund is an excellent way to demonstrate real solidarity with anti-fascists and anti-racists around the world when it matters the most.  We strongly encourage supporters to make a monthly or one-time contribution via our campaign page.