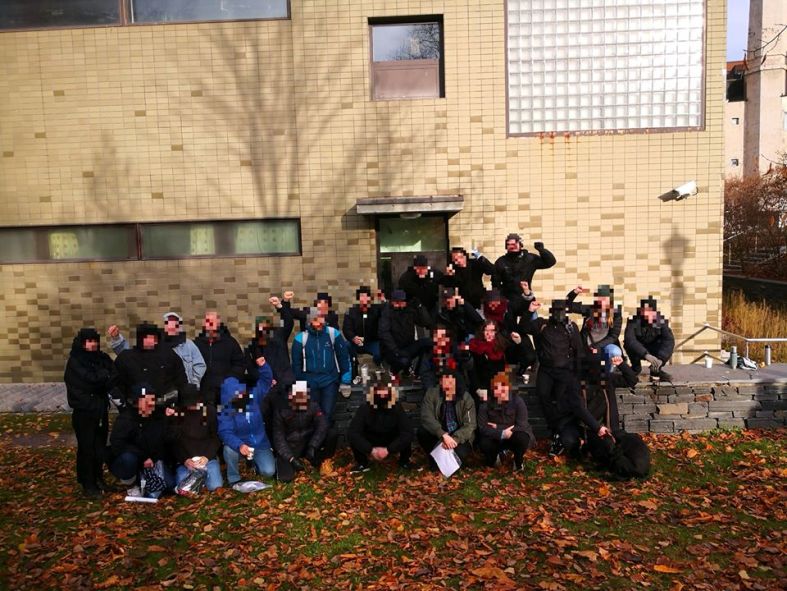 The International Anti-Fascist Defence Fund was called on earlier this month to help with the legal defence of 31 anti-fascists in Denver, CO. and Oslo, Norway.

Halloween in Denver this year was marked by the emergence of a small group of anti-semitic ghouls calling themselves the Goyim Defense League.  These disgusting assholes kicked the day off with an anti-semitic banner drop over a freeway, then moved on to harassing Jewish-owned businesses and threatening Jewish community members with violence.  Fortunately, Denver anti-fascists were there to confront them and shut them down.  Pretty soon the police got involved and now guess which side is now facing charges?  So there is now a crowdfunder set up to pay for the legal defence of the three Denver anti-fascists who were arrested and we were able to make a sizeable donation to it, thanks to the contributions of our donors .

Meanwhile, two days later and 4,660 miles away in Oslo, Norway: the location of a top-secret neo-nazi get-together got leaked to members of Antifascistisk Aksjon, who managed to out-maneuver both the fascists & the cops, shutting down the entrance to the meeting spot, convincing the landlord to ask the police to evict the nazis from the meeting space, and basically ruining the nazis’ entire day.  The Oslo cops, perhaps a bit hurt that they had been outwitted, waited until the end of the day and then attacked the antifascists, arresting 28 of them and fining them a combined total of 300,000 Norwegian krone (which = about $32,000USD).  AFA Oslo & AFA Bergen are calling for donations to help pay off these outrageous fines and we were again able to make a contribution to help our 28 friends in Oslo with that.  Here are the details if you’d like to help with that as well: 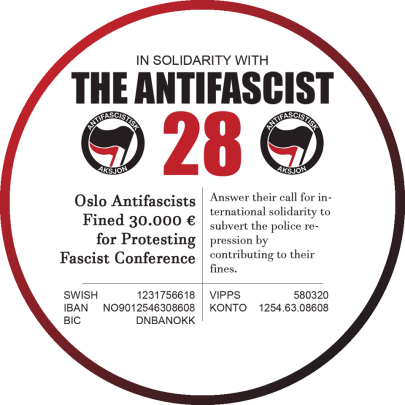 International solidarity with 31 antifascists in emergencies really demonstrates why The International Anti-Fascist Defence Fund exists.  But the month is not over and we know that more anti-fascists will be counting on us to help them get out of dire and dangerous circumstances; something we’re only able to do with your support.  Please make a donation today!