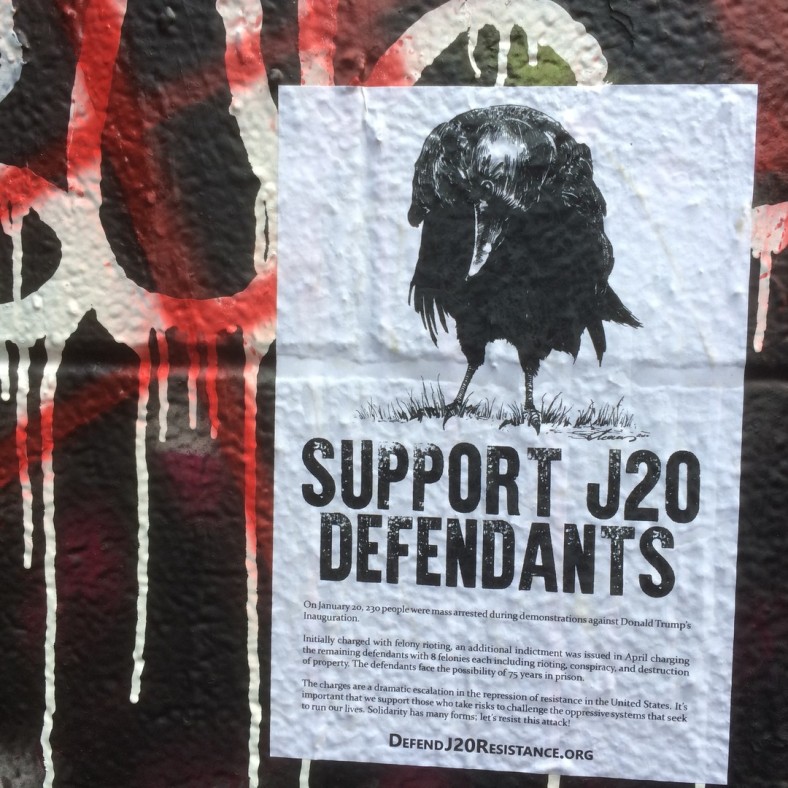 Donald Trump’s inauguration (or, as he’d like you to remember it, the “National Day of Patriotic Devotion”) certainly set the tone for what was to come.  A police riot the likes of which hasn’t been seen since maybe the 1968 DNC in Chicago was unleashed in DC from 11am on January 20th – a day which ended with the mass arrests of over 200 people.  Journalists, volunteer medics, legal observers, protestors, and bystanders – all were rounded up using police kettling tactics; all now face multiple felony and misdemeanor charges which could put them behind bars for decades.

Defend J20 Resistance has been posting the most up-to-date information an resources regarding the case.  They’ve also put together a legal defence fund to help with the costs the 200 defendees are facing, which The International Anti-Fascist Defence Fund was honored to contribute to.

If you want to support the J20 defendants, you can do that right here.

If you want to help us continue to defend people putting their freedom on the line to oppose fascism, you can do that right here.