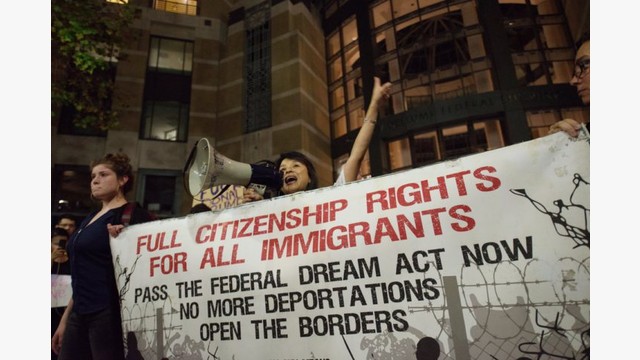 First: the racist extremists that attempted to hold a rally in Sacramento last summer assaulted and tried to stab Yvette Felarca when she showed up to clearly voice her opposition to their genocidal plans.  They failed to stop her.

Second: now that they had her name, bigoted trolls launched a massive online campaign to get her fired from her job as a school teacher; a campaign that included sending anonymous death threats against the school’s students.  Incredibly, the school board caved in to nazi trolls and did their bidding when they tried to suspend & discipline Yvette.  Yvette now had to fight against violent white supremacists and her own employer, who was now taking orders from anonymous terrorists.  She fought back and won full reinstatement to her job.

Third: Having failed to stab her to death; and having failed to get her fired through a terror campaign against her employer & her students, the fascist filth now have their buddies in law enforcement trying to take Yvette down by fabricating trumped-up charges against her.

The International Anti-Fascist Defence Fund was there to support Yvette when she had to fight her own employer to prevent them from being the puppets of an anonymous racist terror campaign against her and her students.  So naturally, we weren’t going to let her face this new battle without having her back.  We’ve sent a contribution towards her legal defence and we encourage all people concerned about the rise of fascism and racism to do the same by donating a few bucks to her official crowdfunding page.

You can help us help the Yvettes of the world when they most need help by making a donation to the Defence Fund!