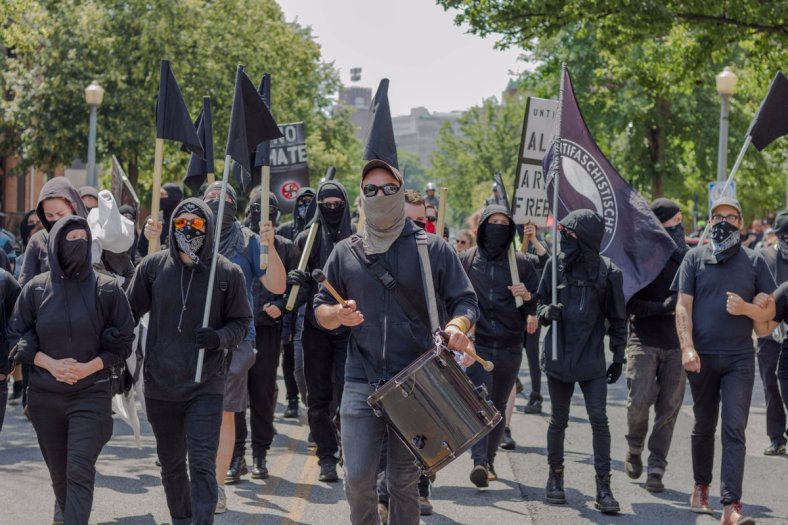 When Islamophobic asshats came to Harrisburg, PA on May 10th, were the police out in force to prevent them from intimidating local Muslims?  No, the cops came out to try to thwart the anti-fascists there to confront the bigots in solidarity with our Muslim friends, family, and neighbours.

And when the cops couldn’t provoke seasoned antifa from doing anything outrageously stupid, they just shoved random people and then slapped charges on them.  Like one of our friends, who was shoved backwards by the po-po into a police charged and then immediately arrested on absolutely ludicrous charges.  Adding insult to injury, the judge then set bail at $100,000.

This isn’t the first time The International Anti-Fascist Defence Fund has had to contribute  to to the bailout & legal defence of an anti-fascist framed by the cops and it’s not likely to be the last, either.  But we’re happy to be in a position to do so thanks to the hundreds of supporters that have made donations to the Defence Fund in the past.  Make sure we’re always able to defend & support anti-fascists and anti-racists whenever they run into trouble by making a donation today!