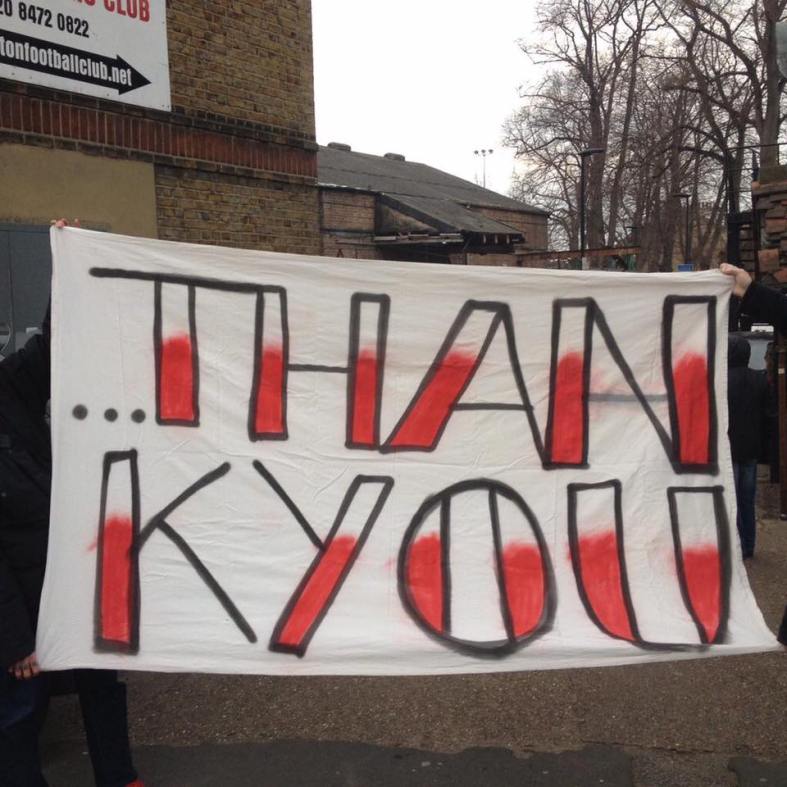 You’ll recall back in January we wrote about D & K, two UK antifascists who were serving prison time for the “crime” of defending their communities from a gang of fascist twits.  We’re happy to report that both our friends are free again.  In fact, D wrote to us today and wanted us to pass on this message to everyone that donated to The International Anti-Fascist Defence Fund (which contributed to sorting D out), donated directly to D & K, and/or showed support in other ways.  D writes:

“hi guys.this is d from london antifa. i was locked up for 6 weeks for affray with some fash in 2014, and i just got out this week. I wanted to say thank you for you your donation, which has helped bridge the gap in pay created by the loss of my job. it was a shit poorly paid job anyway, but if it wasn’t for peoples generosity i wouldn’t have been able to wing it to the next job wage, so it really helped. I’m overwhelmed thankyou !!

also i had 40 letters, which is really important, as it gives you something to do, and i wrote back to every single person ! we really do look after each other and that makes me feel warm in my stomach, cheesy i know but i was shocked at how many letters i got. Solidarity to JOEL and congratulations to the anaheim crew on a great job and getting released. i am helping with similar legal issues in the future here in the uk. congratulations on an inspirational blog/site also and keep up the good work !! solidarity and unity”

This is the reason we started The Anti-Fascist Defence Fund in the first place; it’s an honour to be able to be there for heroes like D & K.

Big pat on the back to everyone that showed true solidarity with D and K when they needed it the most!